Best Cricketers in the World

Enjoy listening to the life of cricket legends in the world Cricket is a bat-and-ball sport in which two teams of 11 players compete against one other. This field game is played on a 22-yard pitch with two bails balanced on three stumps at each end, and a wicket at each end. Cricket is the second most popular sport on the planet, despite not being a worldwide sport. It is well-liked all across the globe.

Cricket is a game that is played and loved across each and every nation making it one of the most widely followed sports in the world. Here we will be talking about the GOAT (Greatest of All-Time) players from different countries who have made a name for themselves in the world of cricket and into the hearts of their followers. Be it resilient Indians, passionate Aussies, mighty West Indians, legendary English, or the other major cricketing nations, we handpick some of the best of the cricketing legends and bring their stories directly to you.

About Cricket Legends- Best Cricketers in the World

This podcast has been conceptualized keeping in mind the cricket fanatics who love the sport and enjoy quality cricket, irrespective of the teams and nationalities. We attempt to recreate some of the most magical moments when the likes of Don Bradman, Vivian Richards, Kapil Dev, Sachin Tendulkar, Brian Lara, Ricky Ponting etc. played out of their skin to deliver memorable moments which are imprinted on the hearts of the cricket fans. Each of them are considered as the best cricket player in the world.

We discuss their childhood, how they started out, their career highlights and also few aspects of their personal life from public domain.  We hope to take you back to those memory lanes while also introducing kids to all these cricketing heroes in a new way.

Disclaimer: Please note that this podcast is not meant to be comprehensive or authoritative on who was and wasn’t fit to be included in this podcast series. While the game has seen so many great players, this is just our attempt to inspire the next generation of sportsmen to the achievements of some of these greats and ignite the hunger to succeed by telling their stories.

Biography: Former cricketer and Indian cricket team captain Kapil Dev is one of the popular cricket icons. He is considered India’s best fast bowling all-rounder. He was a right-arm fast bowler and right-handed batsman who was nicknamed as the Haryana Hurricane. He is till now remembered for his fearless batting, for India in World Cup triumph in 1983.

Achievements: In the year 2002, Wisden named him “Indian Cricketer of the Century.” The Indian government has also presented him with the Arjuna Award and the Padma Bhushan award.

Remarkable Career: In 1979, Kapil Dev established himself as a key member of the Indian cricket team by taking two five-wicket hauls against Australia in a home series.

In the 1979-80 season, he rose to prominence during a six-test home series against Pakistan. In that series, he led India to two victories. Once for his 69-ball knock and again for his fearsome bowling where he took 10 wickets in Mumbai and Chennai respectively.

Career in Glimpse: To know about the cricket career of Kapil Dev, listen to our sports podcast, “The Cricket Legends- Greatest Cricketers of all time”.

Biography: Donald Bradman is a former Australian batsman who is widely regarded as one of the greatest cricketers of all time. He batted with his right hand and bowled with his right arm. His batting style changed cricket forever, and his brilliance baffled oppositions. Sir Donald Bradman is unquestionably one of the finest cricketers of the twentieth century.

Achievements: Australia’s Prime Minister John Howard named him the “greatest living Australian” in 1997. Bradman’s picture has featured on postage stamps and coins of Australia, and while he was still alive, a museum was dedicated to his life.

Remarkable Career: The average of 99.94 in test cricket encapsulates Bradman’s cricketing career. With 961 points, he is the most highly rated test batsman in cricket history. Bradman holds the record for most runs scored in a series with 974.

Career in Glimpse: To know about the cricket career of Bradman, listen to our sports podcast, “The Cricket Legends- Greatest Cricketers of all time”.

Biography: Brian Charles Lara is the Harry Potter of cricket, wielding his bat like a wand on the pitch. He is regarded as one of the finest batsmen of the current age. Lara had a voracious thirst for greatest scores.

Achievements: “The Prince of Port of Spain” or simply “The Prince” is a famous nickname for Brian Lara. On November 27, 2009, Brian Lara was appointed a member of the Order of Australia. In January 2012, Lara was elected into the ICC Hall of Fame.

Remarkable Career: Brian has a number of three-digit runs under his belt. In first-class cricket, he scored 501 not out for Warwickshire and 375 not out for the West Indies in a test match against England.

Lara is the only player in test cricket history to score 400 runs. He has nine double test centuries, third most in the world after Donald Bradman and Kumar Sangakkara.

Career in Glimpse: To know about the cricket career of Brian, listen to our sports podcast, “The Cricket Legends- Greatest Cricketers of all time”.

Biography: Sunil Manohar Gavaskar is a former cricketer who played for India and Bombay from 1971 to 1987. Gavaskar is largely regarded as the all great opening batsmen of all time.

Achievements: In December 1980, he was given the ODI captaincy. In his 38-match captaincy tenure (14 wins, 19 losses), winning the World Championship of Cricket in Australia in 1985 was a glorious success.

Career in Glimpse: To know about the cricket career of Gavaskar, listen to our sports podcast, “The Cricket Legends- Greatest Cricketers of all time”.

Biography: Sir Curtly Elconn Lynwall Ambrose is an Antigua-born former cricketer who represented the West Indies. He has played 98 Test matches for the team.

Achievements: In the ICC player rankings, Ambrose was ranked as the best bowler in the world for the first time in 1991. In 2014, he was awarded the Knight Commander, an Antiguan and Barbudan order of chivalry.

Remarkable Career: England toured the West Indies for a Test series in early 1990, and Ambrose was named Man of the Match after taking eight wickets for 45 runs. He bowled brilliantly in a later series against England, taking five wickets in each innings twice and averaging six for 52 runs. For the West Indies team, he was named the man of the match and man of the series.

Career in Glimpse: To know about the cricket career of Curtly, listen to our sports podcast, “The Cricket Legends- Greatest Cricketers of all time”.

Biography: Ian Botham is unquestionably one of the greatest all-rounders to excel in the game of cricket. Botham was a key figure in the rise of English cricket and teams of the 1970s and 1980s. He is a member of the House of Lords and an English cricket commentator.

Achievements: In 2009, he was named to the International Cricket Council’s (ICC) Cricket Hall of Fame. In 2007, Botham was given the title of “Sir Ian Botham” on the Queen’s Birthday.

Remarkable Career: Botham assisted England in becoming the first team in history to win a test match after batting second. He smashed an incredible 149 runs against Australia to keep England in the game. After scoring 399 runs, 34 wickets, and 12 catches, he was rightfully named Man of the Series.

Career in Glimpse: To know about the cricket career of Botham, listen to our sports podcast, “The Cricket Legends- Greatest Cricketers of all time”. 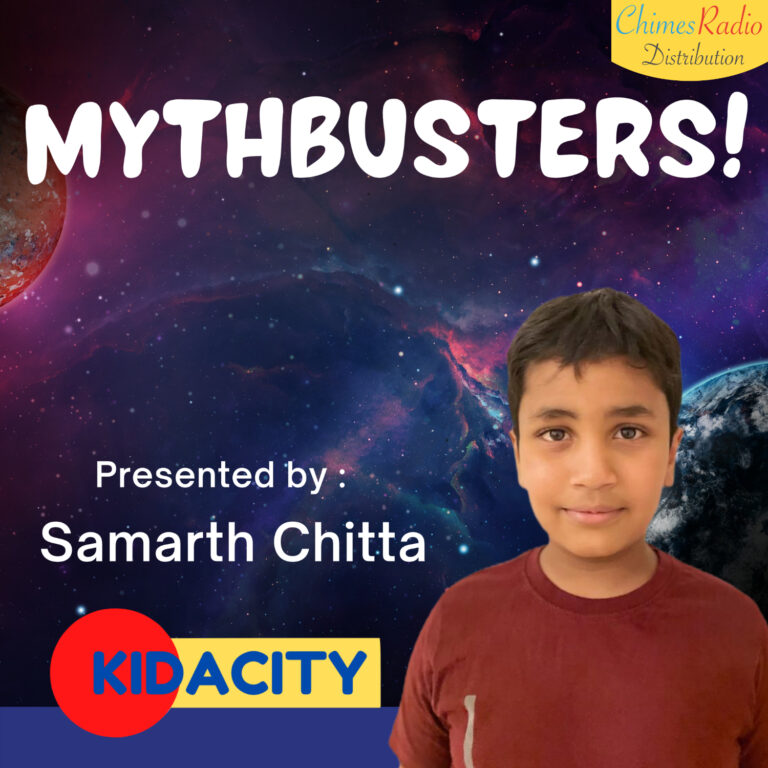 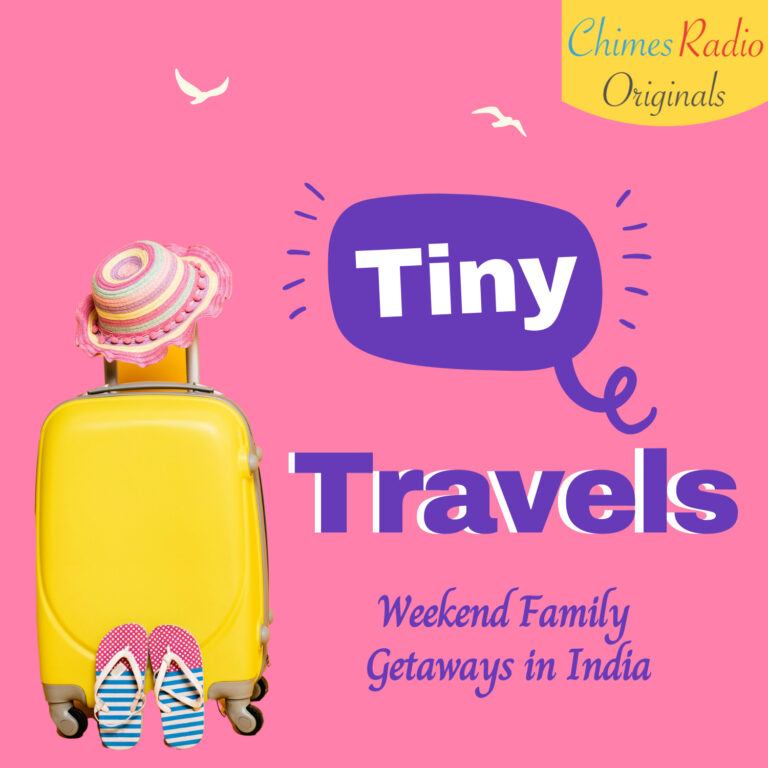 Weekend Getaways Get to know about the top family weekend getaways