Goldilocks and The Three Bears

Little Goldilocks was a pretty girl who lived once upon a time in a far-off country.

She was rather a mischievous little maid, and could not resist teasing her pets, so one of them  scratched her, and then she would no longer play with them. She got up and trotted away into the  wood behind her mother’s house, and it was such a warm, pleasant day that she wandered on and on  until she came into a part of the wood where she had never been before.

Now, in this wood there lived a family of three Bears. The first was a Great big bear, the  second was a middle-sized bear, and the third was a little teeny tiny bear, and they all  lived together in a funny little house.

Goldilocks stopped when she came to the Bears house, and began to wonder who lived there.

“I’ll just look in and see,” she said, and so she did; but there was no one there, for the Bears had all  gone out for a morning walk, whilst the soup they were going to have for dinner cooled upon the  table.

Goldilocks was rather hungry after her walk, and the soup smelt so good that she began to wish the  people of the house would come home and invite her to have some. But although she looked  everywhere, under the table and into the cupboards, she could find no one, and at last she could  resist no longer, but made up her mind to take just a little sip to see how the soup tasted. The soup  had been put into three bowls—a Great Big Bowl for the Great Big Bear, a Middling-sized Bowl for  the Middling-sized Bear, and a Teeny Tiny Bowl for the Teeny Tiny Bear; beside each bowl lay a  spoon, and Goldilocks took one and helped herself to a spoonful of soup from the Great Big Bowl.

It was so hot with pepper that it burnt her mouth. Still, she was very hungry, so she thought she  would try again. This time she took a sip of the Middling-sized Bear’s soup, but she liked that no  better, for it was too salty. But when she tasted the Teeny Tiny Bear’s soup it was just as she liked it;  so she ate it up every drop, without thinking twice about it.

When she had finished her dinner she noticed three chairs standing by the wall. One was a Great  Big Chair, and she climbed upon that and sat down. Oh, dear! how hard it was! She was sure she  could not sit there for long, so she climbed up on the next, which was only a Middling-sized Chair,  but that was too soft for her taste; so she went on to the last, which was a Teeny Tiny Chair and  suited her exactly. After a while she got up and began to wonder what she should do next.

There was a staircase in the Bears’ house, and Goldilocks thought she would go up it and see where  it led to. So up she went, and when she reached the top she realised it was the bear’s bedroom. In  the middle of the room stood a Great Big Bed, on one side of it there was a Middling-sized Bed, and  on the other side there was a Teeny Tiny Bed.

Goldilocks was sleepy, so she thought she would lie down and have a little nap. First she got upon  the Great Big Bed, but it was just as hard as the Great Big Chair had been; so she jumped off and  tried the Middling-sized Bed, but it was so soft that she sank right down into the feather cushions  and was nearly smothered.

“I will try the Teeny Tiny Bed,” she said, and so she did, and it was so comfortable that she soon fell  fast asleep.”

Whilst she lay there, dreaming of all sorts of pleasant things, the three Bears came home from their  walk very hungry and quite ready for their dinners.

But, oh! dear me! how cross the Great Big Bear looked when he saw his spoon had been used and  thrown under the table.

“WHO HAS BEEN TASTING MY SOUP?” he cried, in a Great Big Voice.

“but who has been tasting mine and tasted it all up?” cried the poor little Teeny Tiny Bear in a Teeny  Tiny Voice, with the tears running down his Teeny Tiny Face.

“WHO HAS BEEN SITTING ON MY CHAIR?”

“WHO HAS BEEN SITTING ON MY CHAIR?”

“who has been sitting on my chair, and sat the bottom out?”

By this time the Bears were sure that someone had been in their house quite lately; so they looked  about to see if someone were not there still.

There was certainly no one downstairs, so they went up the staircase to their bedroom.  As soon as the Great Big Bear looked at his bed, he cried out, in his Great Big Voice:  “WHO HAS BEEN LYING ON MY BED?”

“And the Middling-sized Bear, seeing that the coverlet was all rumpled, cried out, in a Middling sized Voice:

“WHO HAS BEEN LYING ON MY BED?”

But the Teeny Tiny Bear cried out, in a Teeny Tiny Voice of astonishment:

“who has been lying on my bed and lies there still?”

Hearing the three bears, Goldilocks woke up and was very frightened to see them standing beside  her.

She hopped out of bed and in a second was out through the open window. Never stopping to wonder  if the fall had hurt her, she got up and ran and ran and ran until she could go no farther, always  thinking that the Bears were close behind her. And when at length she fell down in a heap on the  ground, because she was too tired to run any more, it was her own mother who picked her up,  because in her fright she had run straight home without knowing it.

Did you enjoy the podcast of "Goldilocks and The Three Bears"? 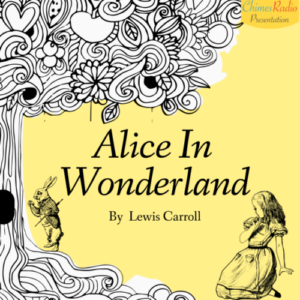 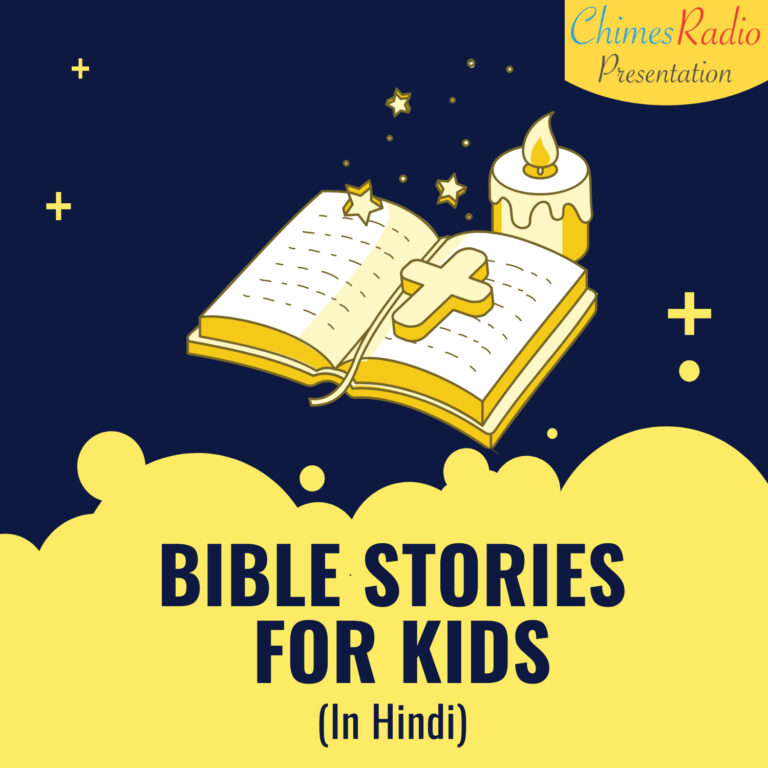 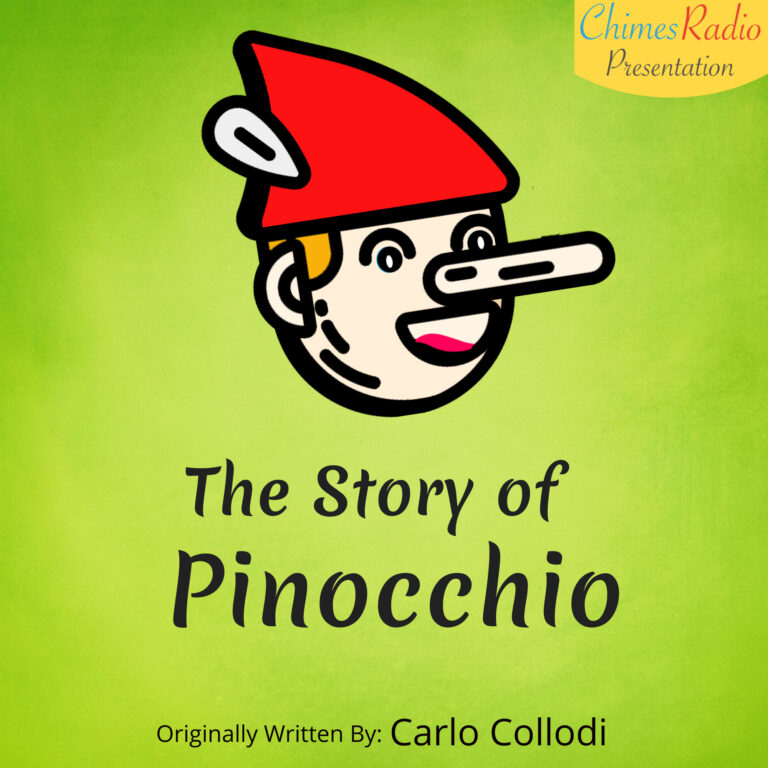 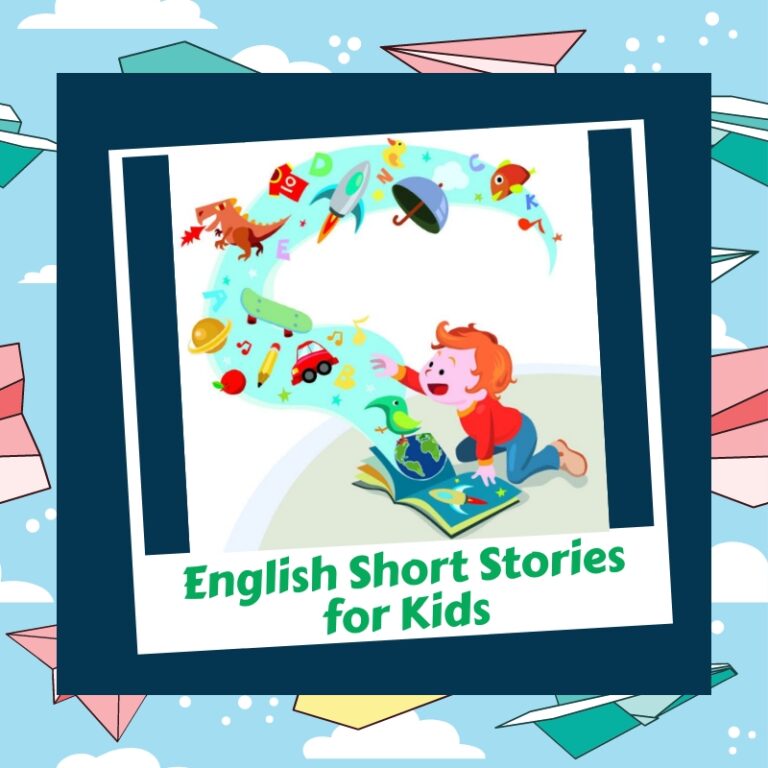