Read The The Ugly Duckling Story

It was a bright summer afternoon, Mother duck built herself a warm nest and sat on the six eggs she had recently laid. Five of them were white, but the sixth, which was larger than the others was of grey colour.

One by one the eggs started to crack and ducklings came out of the eggshell. When the sixth egg cracked a brown coloured bird popped out, he looked different from the rest of the ducklings but mother duck took good care of him too.

After few days, they went to swim in the backyard. While returning a neighbor saw the little grey one and gave him a strange look and said “how come he look so different from others, When mother duck must have gone for bath then some other bird may have laid her egg in its nest. He’s so ugly”

Mother duck heard the conversation, “It’s ok to be different as we can’t expect all our children to look the same. Though he’s different but, for me, he’s beautiful.”

By this time they had reached the centre of the farm to pay their respect to the oldest duck in the farm. The old duck was quite pleased with them; but the rest of the ducks looked on discontentedly and said to each other, “Oh god, have you ever seen anything quite as ugly as that little grey creature? He is a disgrace and should be chased out of our farm”.

Other said, “Yes, he is so ugly and awkward, No one can put up with him.”

Though the grey duckling did not understand the meaning of the words, he felt he was being blamed and became more uncomfortable.

Listening to this mother duck replied back “He may not be quite as handsome as the others, but he swims better, and is very strong, I am sure he will make his way in the world.”

As he grew older, the entire farm started teasing him including his own brothers and sisters. He went through a lot of hard time until one day he decided to leave the farm.

In the middle of the night, when everybody was sleeping, he ran away through the open door towards the bank of the canal where the reeds grew. There he lay down as he was too tired and too frightened. With the earliest rays of the sun he heard some noises. He saw that he was in a colony of wild ducks. But as he could not run away again he stood up and bowed politely.

“What are you doing here you ugly bird, you don’t belong here. Go back to where you came from.” Said an old duck.

“Please let me stay here for few days!” he pleaded. Ducks allowed him to stay for two days.

So for two whole days he quietly lay among the reeds, eating whatever food he could find and drinking the water from the pool. By the end of two days, he was feeling stronger again.

He said to himself “I wish I could stay here forever. I’m so comfortable and happy to be away from everybody else. Nobody is around to call me ugly”

Suddenly he saw two young swans enjoying in the water among the long water grass and looking for their meal.  Suddenly he heard a gun shot. Other birds flew to save their lives, but this poor boy couldn’t fly. So he ran towards a small cottage that he could spot. The door was open so he went inside and found the cottage empty. He lay under a chair close to the broken door and spend the rest of the night in peace.

The next morning, he had a visitor. He was terrified and ready to escape at any moment. It was a hen and it asked “Can you lay eggs? Can you ruffle your fur when you are angry?”

The duckling replied “No, I only know how to swim.

“ You’re good for nothing. You can stay here for a few days and then leave” said the old hen through the broken door.

The duckling stayed there for three weeks. One day he finally decided to leave as has started to miss swimming in the water.

It was the arrival of winter, so he managed to survive the chilly winter all alone without eating much. As the seasons changed, grasses started to turn green again, flowers bloomed and new leaves came back on the trees. The duckling enjoyed the warmth of the sun and was very happy.

Soon he realised that he had long wings now. He thought to himself “I have grown taller and my wings feel stronger than before, it means I can fly! Let me try and see how it feels.”

Then he saw the same flock of beautiful birds he had seen so many months ago. He followed them as fast as he could. It did not take him long to catch up as they had stopped to rest in a green pool shaded by a tree. Some of the younger birds swam out to meet him and welcomed him into the group. Duckling was confused to see their nice behavior. Suddenly he looked into the water at his reflection and saw a beautiful white body with long neck and golden bills. He could no longer find his usual dull grey body and brown skinny neck. He realized that he had turned into a beautiful white swan.

“This new one is so beautiful“ said the children whenever they came down to feed the swans with biscuit and cake before going to bed. “His feathers are whiter and his beak more golden than the rest.”

And whenever little duckling heard that, he thought, “I had never even dreamed that someone would call me beautiful. Whatever I went through in the past, it was all worth it as otherwise I wouldn’t have known the real happiness.”

Did you enjoy the podcast of " The Ugly Duckling Story" ? 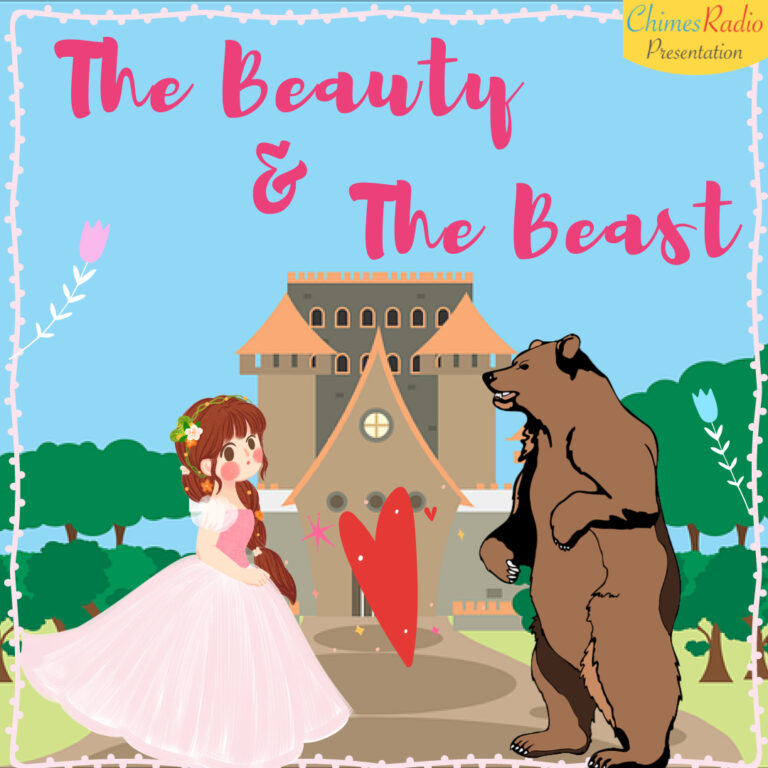